The Standing Bear Council will host its February membership meeting on Sunday, February 10, 2019, at 1:00 p.m. at the Hawkeye Restaurant, 105 N. Park Drive, Keokuk. The meeting is scheduled one week later than usual because of the Super Bowl. Those wishing to eat are encouraged to come at noon. Standing Bear Council meetings are open to all people – Native and non-Native. Please bring one canned or dry good for storage. 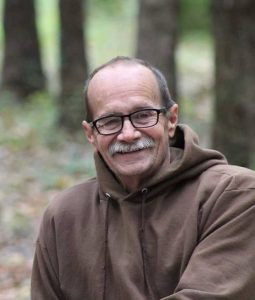 Karl Porter will speak about “procurement of tree seeds and the process of growth for a tree.” He is a carpenter by trade, but, to supplement his income, 40 years ago, he began “collecting walnut seeds and preparing them to plant for different nurseries coast to coast.” Today, that business has expanded to include “all native woody plants in the Americas.”

Each season, he collects between 10,000 and 50,000 pounds of seeds,” depending upon their availability and the specific needs/demands of nurseries. He travels from “south of the Iowa border to the Missouri River,” north to south, and west to east, from “eastern Nebraska to New York,” collecting seeds; his total collection territory encompasses 12 states.

Today, Porter collects primarily hickory and oak seeds, and the seeds of understory trees such as wha-who, grey dogwood, witch hazel, and deciduous holly. Understory trees are “smaller trees that grow around the big trees at the edge of a forest.”

The Council will review the Winter Gathering at the Oakley-Lindsay Center in January and coordinate ongoing requests for programs and events in the Tri-State area.

The Council is a non-profit organization. For more information about the meeting and/or about Standing Bear Council’s educational programs, please call Larry Cooper at 319-795-6718, Dona Herr, at 319-520-5919,

Scroll back to top